With the opening of One World Trade Center where the Twin Towers once stood, we are again reminded of the continuing threat global terrorism poses to our freedom and way of life. Europe, which has recently seen many of its own join radical groups like ISIS, knows only too well the threat terrorism continues to pose to the entire planet.

As these threats continue, so does the demand for homeland security solutions. 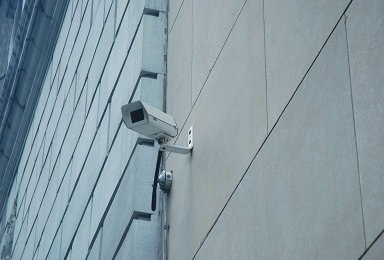 Israel has experienced the threat of terrorism for decades, and, out of necessity, has come to excel in the homeland security arena. In fact, no other country has a higher percentage of former army, police and security forces with hands-on experience in combating terrorism. Add to that the world-class innovation characterizing the “Startup Nation,” and it is little wonder that countries around the world turn to Israel for solutions to internal security challenges.

Many of the Israeli companies with the finest field-proven, next-generation technologies and systems will be featured at the upcoming Israel HLS 2014  in Tel Aviv.  These companies hail from a variety of specialties including emergency preparedness and management, cyber-security, intelligence and counter-terror, critical infrastructure protection, smart cities and more.

The recent multi-billion dollar deal between Brazil and Israeli security firm ISDS to help secure the 2016 Olympic Games is not the first time Rio de Janeiro has turned to Israel for help in this arena. For the 2014 World Cup, Brazil also hired Israeli firms to provide the technology and experience to keep the peace during the world’s biggest sporting event.

One cutting-edge company which will be exhibiting at HLS 2014 is Terrogence. Terrogence is comprised of former intelligence agents who monitor the Deep Web to search out websites belonging to radical elements in search of clues that will stop terror attacks before they happen. The company, whose clients include the Mossad as well as a host of foreign governments, had uncovered a bevy of hidden information, from tips for how best to smuggle explosives to schedules of dignitaries – utilizing them to protect people, assets and resources.

Another company at HLS which fights the war on terror in a less clandestine manner is Rafael Advanced Defense Systems, responsible for the lauded Iron Dome anti-ballistic system which protected millions of Israelis from rockets fired from Gaza Strip. It is the only system of its kind in the world and its proven success rate has gained the attention of authorities and militaries around the world.

Many solutions that were originally designed for military use in Israel have also been effectively adapted for civilian use, such as fencing and burglar alarm systems. The US government even put some of these Israeli surveillance technologies to use to secure its 6000 mile-long border with Canada and Mexico.

In an age where airport security is becoming more complex and more sensitive, many airports worldwide are implementing Israeli technology to mitigate growing dangers. Criminal behaviour pattern recognition programs, for example, are just one of the Israeli innovations that are replacing traditional security apparatus in major aviation hubs such as London’s Heathrow  airport and New York’s JFK. Renowned landmarks all over the world such as the Eiffel Tower and the Louvre in Paris are also protected using Israeli technology to keep them safe.

Magna BSP, another trailblazing Israeli company at HLS, developed state-of-the-art perimeter protection that detects objects that aren’t  supposed to be there. This cutting-edge surveillance system that can see through smoke and distinguish between humans and animals was used by Japan’s Fukushima nuclear power plant to guard against radioactive theft for terror attacks. As fate would have it, Magna BSP’s  surveillance system stayed intact throughout the nuclear disaster which rocked the Fukushima plant.

Stemrad will be exhibiting its ground-breaking gamma radiation protection belts designed for use by firefighters, paramedics, police and military personnel to keep these brave first-responders  safe in hazardous environments.

These are just a few of the companies whose products and services are designed to confront the world’s growing homeland security challenges head on. In today’s increasingly perilous world, where those fighting terror must stay at least one step ahead, HLS 2014 is an excellent opportunity for government officials, public authorities and HLS industry leaders to share the knowledge, experience and innovation that Israel has gained keeping its citizens safe, for the benefit of the entire planet.