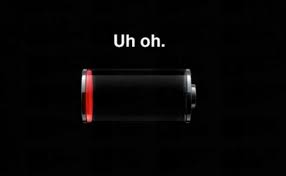 Smartphones are great. They allow us to check our email wherever we go, surf the net, navigate our way through unfamiliar streets – these mini computers have significantly changed our culture and lives.  But, at one point or another, the inevitable strikes: the battery dies. And often accompanying it are increased levels of anxiety and stress.

Israeli company Storedot has a solution to this problem. Based on ‘nanodots’, bio-organic peptide molecules, their new technology enables phones to be fully charged within 30 seconds. These nanodots allow for a rapid absorption and retention of power within a battery.

They are currently working on a less bulky version of their prototype to fit mobile phones, set to be released in 2016.

“These are new materials, they have never been developed before,” said Doron Myersdorf, the founder and chief executive of StoreDot, whose investors include Russian billionaire and Chelsea soccer club owner Roman Abramovich.

The company has raised $48 million from two rounds of funding, including backing from a leading mobile phone maker. Myersdorf declined to name the company, but said it was Asian.

This prototype charger is compatible exclusively with Samsun’s Galaxy S4 handset at this point. According to reports, StoreDot is working on making this charger work for all types of handset models.

Though it would raise the cost of handsets by approximately $175, with the ability to be recharged 1500 times (usable for three years), it sounds like a great deal!