The Israel Trade Commission is proud to be bringing Professor Isaac Ben-Israel to Australia on the 9 -12 March, 2016 as part of our on-going focus on Cyber Security. 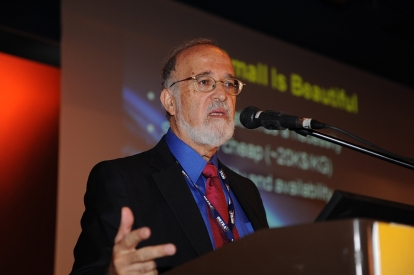 Prof. Ben-Israel is a world-renowned expert in Cyber Security, with a focus on Cyber policy and worldwide trends. He has worked with both the Israeli and Singaporean Governments around Cyber Security, and Research & Development.

Prof. Ben-Israel was a member of the Knesset between June 2007 and February 2009. During this period, he was a member of a number of committees, including the Security and Foreign Affairs Committee.

In Australia, Prof. Ben-Israel will meet with some of Australia’s largest companies and will be speaking at numerous functions in both Sydney and Melbourne.

Please contact our office for details about events and locations where he will be speaking.

The Israel Trade Commission is running a cyber security delegation to Israel. The delegation is occurring during the 6th Annual International Cyber Security Conference on 19 – 23 June at Tel Aviv University in Israel. The conference is headed by Professor Isaac Ben-Israel.

This event is one of the most important international cybersecurity events to gain exposure to new technology, industry leaders and forward thinking on cyber strategy.

More information can be found here. To register your interest please contact us.