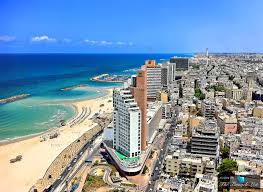 Israel’s largest city was recognised for its initiatives in digitally connecting and engaging citizens with the municipality’s activities. A Residents Club, free Wi-Fi across the city and its own city App are several services the city offers via its Digi-Tel platform.

“The thing that makes Tel Aviv unique in the smart city concept is that we put the citizens in the centre,” Liora Shechter, CIO, Tel Aviv – Yafo Municipality told Cities Today. “What we did was create a model that we call Digi-Tel. Tel Aviv is a non-stop city, it has its own vibe. We wanted to take that vibe and place it in the relationship between the citizen and the municipality.”

The Digi-Tel Residents’ Club and city App connects citizens and the city, from alerting residents to neighbourhood road works, informing them of the nearest bike-share station, sending reminders for school registration, cultural events and offering discounts to events run by the city.

The city is keen to also provide more traditional approaches or non-virtual connections with its residents. Six weeks ago Tel Aviv held an open round table discussion in Rabin Square. One hundred tables were set up with various categories where residents could come and voice their ideas to city officials.

“We have a virtual and physical side,” added Shechter. “We have technology that has its own trends, and on the other hand we have the needs of the municipality and the needs of the citizens, so my goal is to take those two vectors and combine them together.”

Other category winners included Copenhagen Connecting for best project, OMOMI from Nigeria for innovative initiative, and an honourary city award was presented to Medellin, Colombia, received by the mayor, Anibal Gaviria Correa. Over 120 cities from 35 countries entered the three award categories.