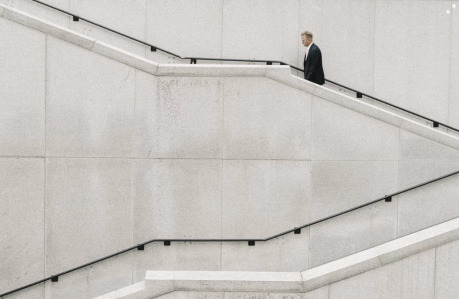 Earlier this month, S&P Global Ratings upgraded Israel’s credit rating for the first time in seven years, to AA-. It was the best report card Israel’s economy has ever had from a rating agency, and a moment to savor. And yet what’s more positive is that Israel is aiming higher.

The report cited Israel’s “exceptionally strong economic performance,” and predicted a growth rate of 3.3 percent of gross domestic product over the next four years. It praised the country’s “prosperous and diverse economy, strong external balance sheet and flexible monetary framework,” as well as its historically low unemployment numbers. It also predicted that the economy could ride out a “potential moderate escalation of security risks.”

This was just the latest good news in a season of international validation. In mid-July, Moody’s Investors Service also upgraded the country’s rating, from “stable” to “positive,” called its economy “increasingly resilient,” and praised its diversification and dynamic tech sector. Those two credit upgrades were preceded in the spring by positive assessments from the Organization for Economic Cooperation and Development (OECD) and the International Monetary Fund (IMF).

Prime Minister Benjamin Netanyahu naturally took credit for the good news. “These decisions,” he tweeted, “reflect the strength of the Israeli economy and the correct and responsible economic policy that we are leading on behalf of Israel’s citizens.”

It is hard to argue. Netanyahu himself is a former finance minister who came to office equipped with an MBA from MIT. In his decade as prime minister he has maintained budgetary restraint, kept inflation under control, demonstrated foresight in encouraging high-tech initiatives, and served as an effective salesman for Israeli exports.

He has also benefited from good timing. Shortly before taking office, vast deposits of natural gas valued as high as $240 billion were discovered in Israel’s territorial waters, a major factor in evaluating the durability of Israel’s good credit and strong economic prospects.

It was left to Israel’s opposition to find the cloud inside the silver lining. In a newspaper interview, Yair Lapid, head of the center-left Yesh Atid Party, sourly dismissed the report as “good news for bankers and the well-connected.”

Writing in the left-wing opposition paper, Haaretz, analyst Eytan Ariel pointed to what was not in the good credit reports: “They have nothing to say about income inequality, the cost of living, public health care, democracy and 1,001 things that concern ordinary Israelis,” he concluded.

Actually, Israel’s universal public health care is inexpensive and quite good (I speak as a beneficiary). But Ariel is right about the extremely high cost of living, the scarcity of affordable housing and the rate of poverty which exceeds those of most OECD countries. The Economist just named Tel Aviv the world’s ninth most expensive city. Currency appreciation has played a role in this. It also reflects the transformation that has made Tel Aviv an economic engine for the economy. Still, soaring housing prices have impacted quality of life; they may not impact Israel’s credit rating, but they are a real issue for many Israelis.

The OECD and IMF did cite some of the problems the opposition harps on, along with insufficient public investment in infrastructure, severe traffic congestion, the need for educational reform and job training in the ultra-orthodox and Arab communities, and the burden of governmental red tape. All are areas the Netanyahu government says it’s to address but changes are incremental.

Not mentioned, but worth remembering, is the issue of corruption. Transparency International ranks 180 countries from best (New Zealand) to worst (Somalia); Israel is 32, which is nothing to brag about. That said, the Israeli judiciary is known for its independence: Bibi’s predecessor Ehud Olmert was just released from prison after serving a 16-month sentence and Netanyahu himself is under investigation over allegations of bribery.

A credit rating is a judgment on a limited set of issues; Israel’s challenges are more complex than just the factors that impact its ability to borrow on international markets. Still, it shows that the terror problems that caused its credit rating to drop at the start of the century are no longer an overriding concern from that perspective.

The Israel of 2018 is not the egalitarian socialist dream of its founding fathers. But it is also not the impoverished beggar nation of the ’50s and ’60s, or the inflationary basket case of the ’70s and ’80s. Today it is a moderately prosperous democracy with the usual virtues and failures of such societies.

Those virtues are starting to get more attention. Israel is a world leader in everything from medical cannabis research to unmanned aircraft, integrated circuits to water desalinization. It exports agricultural technology to poor countries; cut diamonds to the rich ones; pharmaceuticals; and, lately, entertainment to American networks.

Israel has also managed to become destination for both gay tourists and Christian pilgrims. Now it is building the infrastructure to accommodate its newest visitors — Chinese package tourists.

Israel could be complacent, but it isn’t. Last week, Professor Isaac Ben-Israel unveiled a new national project. As an Israel Defense Forces general, he was the father of Israel’s widely admired anti-missile program. As a civilian, in 2010, he conceived and developed a cybersecurity ecosystem. Now, with government support and private investment, he intends to do the same for artificial intelligence.

Ben-Israel’s plan, which has Netanyahu’s support, includes making AI and data science mandatory in high schools and universities; leveraging government investment to foster startups; cooperating with Intel and other foreign high-tech companies that already have Israeli R&D centers; and concentrating on areas in which Israel has a competitive advantage, including fintech, health care, robotics and the Internet of Things.

Ben-Israel’s cyber project took five years from start to implementation, and he has a similar timetable for putting the country among the world’s top five AI powers. If he succeeds, the 2023 S&P report will make interesting reading.